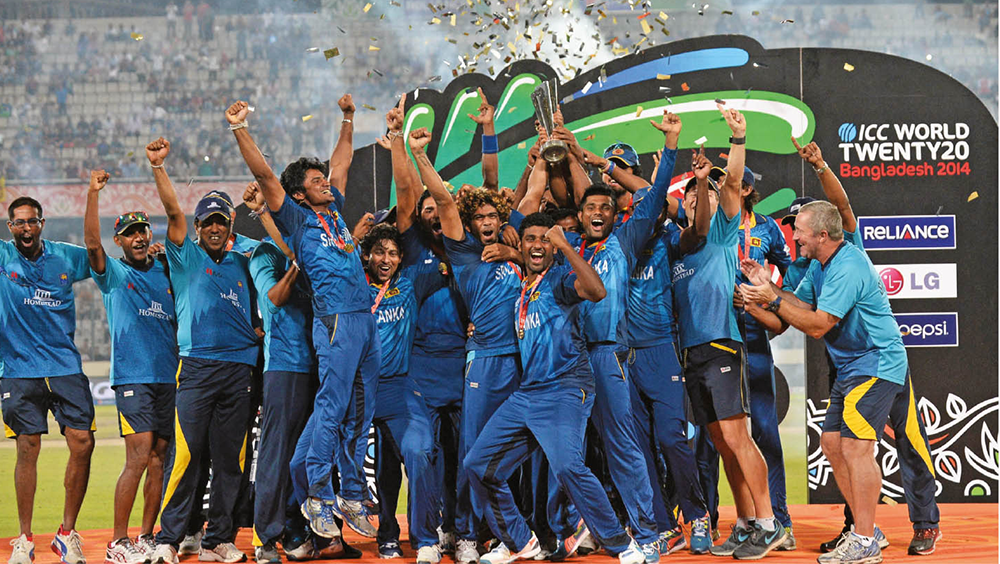 Two-time finalists Sri Lanka (2009 and 2012) went into the 2014 edition of the ICC T20 World Cup with two of their superstars – Mahela Jayawardene and Kumar Sangakkara – playing their last international tourney. And the Sri Lankans were hoping to give the veterans the perfect send-off by winning the trophy in Bangladesh.

The Sri Lankans kicked off the fifth edition of the championship against South Africa in Chittagong with swashbuckling opening batsman Kusal Perera getting the exciting islanders’ campaign off to a spectacular start.

He smashed Dale Steyn around the park in the first over, scoring two fours and a huge six. Kusal went on to score a match winning 61 in only 40 balls including six fours and three huge sixes. Helped by a cameo from Angelo Mathews who hammered 43 batting at No. 5, Sri Lanka compiled 165/7 in their 20 overs.

Chasing 166 for victory, the South Africans found themselves at 147/5 after 18 overs, needing 19 runs to win off 12 balls. But death over specialists Lasith Malinga and Nuwan Kulasekara delivered two magnificent overs to hand Sri Lanka a thrilling win.

A few days later, the Sri Lankan bowlers demolished Netherlands; they reduced the Dutch to a world record low of 39, which is the lowest T20 team total to date. Kulasekara bowled only two overs in the match for his solitary wicket and incredibly both were maidens, while Mathews and Malinga took three wickets apiece.

Sri Lanka then chased down the target in a mere five overs.

In their third group match, Sri Lanka lost to England in a high scoring thriller. Batting first, the Sri Lankans scored 189/4 thanks to a magnificent 51-ball 89 from Jayawardene and a solid 55 from opener Tillakaratne Dilshan. Chasing 190 for victory, England lost two wickets without a run on the board but an unbeaten 116 from opener Alex Hales took them over the line in the last over. 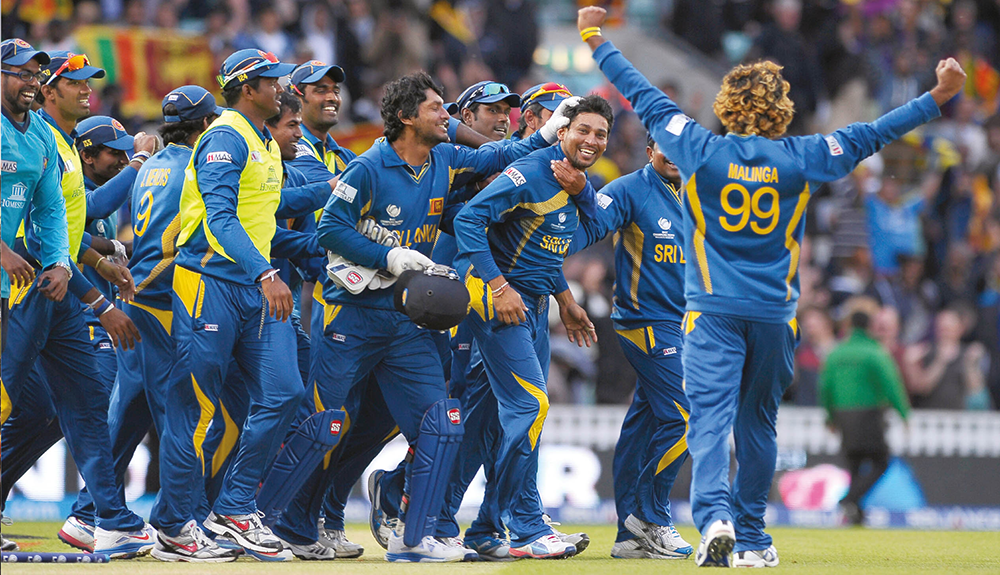 More misfortune followed. Sri Lanka’s out of form captain Dinesh Chandimal was suspended for one match for his team’s slow over rate against England – although this was seemingly a blessing in disguise for Sri Lanka. Malinga was appointed captain for Sri Lanka’s must win match against New Zealand and the rest as they say, is history.

Sent in to bat by the Kiwis, Sri Lanka were all out for 119 and appeared certain to be knocked out of the tournament at the halfway stage of the match. The Sri Lankans needed a miracle to stay in the T20 World Cup and it came with a spell from hell from Rangana Herath.

Herath bamboozled the New Zealand batsmen with outrageously daring career best figures of 3.3-2-3-5 to bowl the opposition out for a measly 60. Sachithra Senanayake supported Herath with a spell of 3-0-3-2 and Sri Lanka stormed into the semi-finals in grand style.

Sri Lanka were to play the West Indies in the first semi-final – and the Windies were the same opposition that beat Sri Lanka in the final of the 2012 ICC T20 World Cup in Colombo. So Malinga’s men were seeking revenge in Dhaka.

Skipper Malinga won the toss and decided to bat first, and openers Perera and Dilshan gave Sri Lanka an attacking start (41/0 off 3.5 overs) before the former fell for a quick-fire 26. Sri Lanka’s plans were blown apart when their big guns Jayawardene and Sangakkara fell for 0 and 1 respectively. But the experienced Dilshan (39) and Mathews (40 off 23 balls) came to the rescue and took Sri Lanka to a respectable 160/6 in their 20 overs.

Then Malinga swung into action with a magnificent opening spell, clean bowling openers Chris Gayle and Dwayne Smith with his customary tricks. The West Indies were 80/4 after 13.5 when rain played spoilsport and Sri Lanka won the match by 27 runs on the Duckworth-Lewis method to qualify for the final – it was the island nation’s sixth ICC World Cup final in less than two decades.

Scores of Sri Lankan fans chartered a flight to travel to Dhaka to support their team on the big day. And a number of locations here in Sri Lanka – including Galle Face in Colombo – hosted thousands of passionate cricket fans for the must win game with huge TV screens. Millions more in Sri Lanka, India and various parts of the world were glued to the television screens as the Sri Lankans took on India in the final in Dhaka.

Mathews’ all-round brilliance in the tournament continued, as he gave Sri Lanka an early breakthrough by dismissing Ajinkya Rahane for only 3 after Malinga won the toss and invited India to bat. Sri Lanka’s new ball bowlers kept the Indian top order in check as they gave away only 31 runs in the first six-over power play.

In the first ball of the seventh over, Malinga dropped India’s run machine Virat Kohli but Sri Lanka’s tight bowling didn’t allow the Indians to score freely – they managed to put up only 64 in 10.3 overs. And when Herath dismissed India’s other opener Rohit Sharma, in walked one of their hardest hitting batsmen Yuvraj Singh. But he struggled against Sri Lanka’s quality attack and was back in the hutch for 11 from 21 balls.

The experienced duo of Malinga and Kulasekara bowled the death overs, and they showed exceptional skills by using slower balls, slow bouncers and wide yorkers to bamboozle the Indian batsmen – they seemed clueless in the face of Sri Lanka’s high-class death bowling – and India could muster only 130/4 in their 20 overs.

Sri Lanka began their chase with one eye on the trophy but were soon a wicket down when Perera fell in the second over. Jayawardene joined Dilshan to steady the ship but the latter fell for 18 with the score at 41, which brought Sangakkara to the crease. But the legendary left hander was having an ordinary tournament.

The Sri Lankans were in a spot of bother with 4 wickets down for 78 after 12.3 overs. Sri Lanka then made the crucial and positive call of promoting the hard-hitting Thisara Perera up the order, and he and Sangakkara punished the Indian bowling attack.

And when Thisara sent Ravichandran Ashwin over the ropes for a straight six off the fifth ball of the 18th over to win the T20 World Cup, wild celebrations ensued with the Sri Lankan cricketers running onto the ground.

Jubilant Sri Lankan fans at the stadium and across the world witnessed one of the greatest moments in the nation’s cricket history – it was second only to that epic ODI World Cup victory in 1996. Sangakkara scored an unbeaten 52, which was his eighth T20 half-century (arguably his best), while Thisara smashed 23 including three massive sixes.

A few days later, the T20 World Cup champions returned to the island to a hero’s welcome; they were cheered all the way from the Bandaranaike International Airport to Colombo by thousands of fans who gathered in the streets.

The last time they did so was 18 years ago when Arjuna Ranatunga and his World Cup winning team returned to our shores as victorious heroes from Lahore.