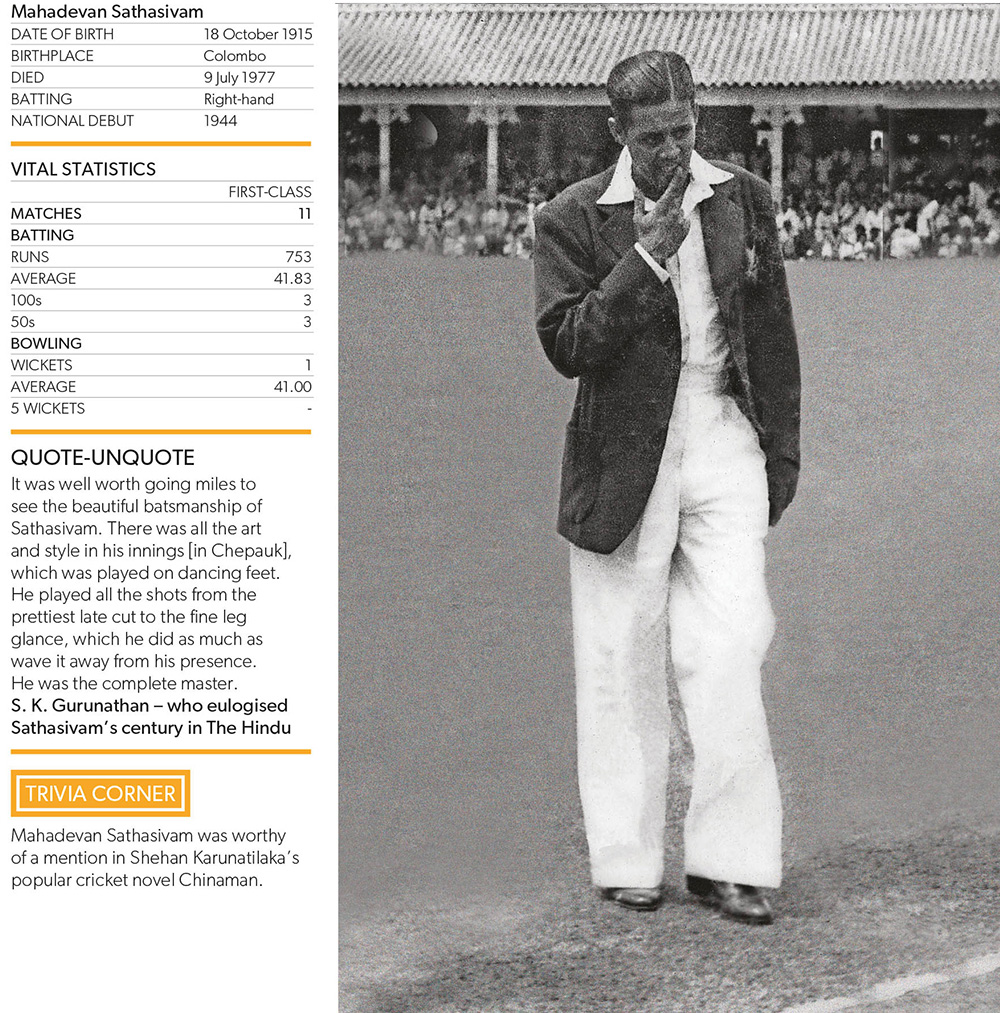 Comparisons are odious. Being notoriously gentlemanly, cricketers and their fans rarely compare the apples of their eye with other fruit of the same calibre. And no one within spitting distance of the gentlemen’s game would compare apples with oranges.

But taken in their cups or caught at slip by a dizzy spell, they might dare ask the unthinkable question: ‘Who was the best batsman you’ve seen or known?’ The bold may brave fortune with the rider and add ‘…in the world?’ Feelings might run high depending on the answer you might foolhardily essay. If by some stroke of good fortune, you’d seen the southern run making machine known as ‘The Don,’ you might have said Sir Donald Bradman without a moment’s hesitation.

And if subcontinental cricket is your cup of tea, it could be Sunil Gavaskar, Sachin Tendulkar or Virat Kohli whom you’d nominate. But if your penchant was for the West Indian titans of old, the names of Sir Frank Worrell, Sir Garfield Sobers or Brian Lara may spring to your lips.

So it’s a matter of opinion, conjecture, perspective, preference, peccadillo. You get the point, right?

But what if you were to ask one of the greats themselves? Would you be willing to consider their response as being any more authoritative than that of your fellow aficionados? Well, there were at least two – both knighted and from the Windies camp – who would agree. Sobers called him “the greatest batsman ever on Earth” while Worrell was no less impressed by “the best batsman [I have] ever seen.” High praise, indeed!

The man in the midst of such adulation from Olympus itself was none other than Mahadevan Sathasivam. And it is with the object of admiration where Olympians are concerned, ‘Satha’ (as he was known to the gods as much as lesser mortals) was a titan in his own right.

The second and third are exceptional enough, even in a time when there was greater solidarity between former colonies of the British Crown, but for an ethnic Tamil to be made captain of a Ceylonese side was controversial at least and commendable at best… and Satha embodied both characteristics. There was much to commend in a man who played only 11 games and turned in such an impressive record – a tally of 753 runs at an average of nearly 42 with three centuries and the same number of half centuries in only 18 innings.

From his schooldays, Sathasivam was a dashing giant among mere boys, debonairly thrashing bowlers to all parts of the ground with a panoply of divine strokes.

The record of his 142 for Wesley against S. Thomas’ still reverberates with the awe reserved for a great. It was a feat by a demigod whose club (44 centuries – with four double centuries) bore his greatness.

But there was a Damocles’ sword over Satha’s life. A romantic figure who was known to attract the fairer sex, he was accused of murdering his wife. Despite being acquitted following a protracted trial, the case served to further the fall from grace of a titan – but not, let it be said, to those who had watched the would-be Olympian bat.

His 215 in Madras dazzled the crowds at Chepauk and is still referred to in hushed tones as overshadowing other greats like Jack Hobbs, Denis Compton, Lindsay Hassett and Sobers himself. Worrell would later say he’d not hesitate to pick Sathasivam in a World XI.

Today, the world has all but forgotten Satha and his cavalier batting. His countenance and achievements are conspicuously ‘retired hurt’ across all forms of social media – some might say it’s simply not cricket; others would nod sagely and sigh: ‘But that’s life…’

The mercurial Mahadevan Sathasivam captained as many as four national teams – to date, probably the only man to have worn that many hats: leader of the All-Ceylon team in the year of the nation’s independence (1948), skipper of a Singapore side, captain of a Malaya XI later on and also reportedly Hong Kong. He was indeed, a cricketing lion.