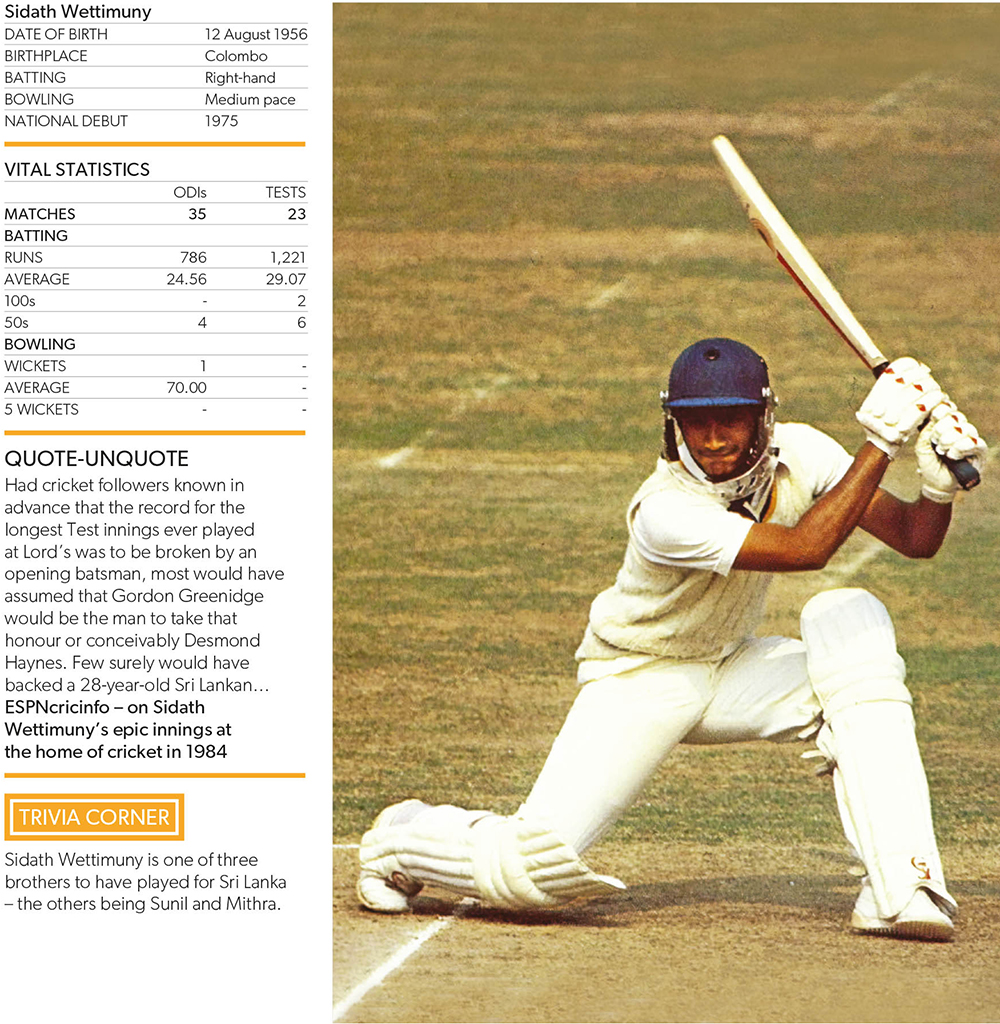 To be a swashbuckling youngster when there are world-class seniors in the side to save your bacon if you fail to bring it home isn’t a big ask. It isn’t as easy however, when the stalwarts hang up their boots and you inherit the mantle.

In a sense, the youthful shoulders of Angelo Mathews had to bear the weight of a pantheon of sterling exemplars before him – from Duleep Mendis and Roy Dias, who influenced Arjuna Ranatunga and Aravinda de Silva, to Kumar Sangakkara and Mahela Jayawardene who made a lasting impression on the rising star.

Angelo Mathews’ innate talents were sufficient to see him rise to the captaincy of Sri Lanka in all formats of the game. He was in the squad that won the ICC World Twenty20 in 2014 in addition to featuring in Sri Lankan teams that made the finals of the ICC Cricket World Cup 2011 and World T20 a year later.

Mathews made his Test debut during Pakistan’s tour of Sri Lanka in 2009 where he scored his maiden half ton in the third Test. His first ton came against Australia two years later and two of his four centuries were made in England against a world-class pace attack. It was in England that he recorded his highest Test score (160 off 249 balls) in 2014.

The 27-year-old skipper followed up his match winning traits with a 2-0 victory over Pakistan at home, hot on the heels of his campaign in England. Mahela Jayawardene who bid adieu to Test cricket in that series may have justifiably felt confident that his legacy as captain and run machine had been safely passed on. In the same year, Mathews scored his maiden ODI century against India at Ranchi. His four strokes to the ropes and 10 towering sixes imprinted on Indian spectators both calibre and class.

Beyond the subcontinent too, Angelo Mathews demonstrated a fighting spirit akin to that of erstwhile mentors. To score his ninth Test century, he batted with Kusal Mendis through the fourth day in the first Test against New Zealand in 2018 and put on an unbroken double century stand of 246, which was to be Sri Lanka’s highest for any wicket against the Kiwis, its highest in the second innings of any Test and the first time a Sri Lankan pair had added 200 plus runs in the second innings of a Test outside Asia.

The legacy of former skippers had found a reliable pair of shoulders to rest on. And in leading the Sri Lankans through thick and thin in an era when there were no giants to fall back on, the youthful Mathews proved his leadership credentials.

A whole year of winning matches was the acme of Angelo Mathews’ captaincy – in 2014, Sri Lanka won many a bilateral ODI series as well as the Asia Cup. It was also the year when the young leader became the most successful ODI captain with 20 victories in 32 matches.

Tracing a crucifix across his head, heart and broad shoulders, Mathews gives the impression that he is seeking divine intervention on the field. That his prayers have been answered is not in doubt.

Angelo Mathews was the proud recipient of the 2006 Prince of Wales Trophy. On conferring the honour, British High Commissioner Dominic Chilcott remarked that “he is clearly going places and before long will be a household name throughout the cricketing world!"

‘Cool, calm and collected’ is how many chroniclers describe Sidath Wettimuny – for his cricket. Among the most stylish opening batsmen to pad up for Sri Lanka, he was not only a sophisticated initiate with the willow but an accomplished golfer too. Apart from his cricketing prowess, Wettimuny is an accomplished golfer whose claim to fame comes from having bagged golf’s Donald Steel Trophy on three occasions.